We wanted to start a landscaping business that would Stand behind and perform what we promised to do. We had found that many French drain Tulsa companies would over promise and under perform with a lack of landscaping knowledge and experience in the current market.Tulsa, OKlahoma is in a unique climate area for planting plants. There is not one planting zone that you can say we are in. So We decided to take our company to the next level and find and design landscapes that fit in our growing seasons, with a low maintenance and High success rate of survival. While incorporating all your outdoor living dreams! So we founded OUTSIDE INC. 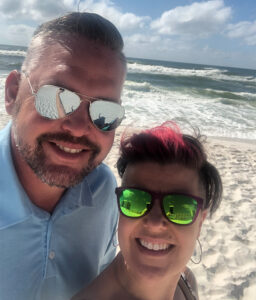 ​Co founder and President Paul Sullins has been designing and installing multiple residential and commercial projects for the past 15 yrs. I started studying plant health and tree health in High school from 1992 -1996 in my Local FFA program, which created a love and passion for trees and plants! It shows in multiple projects from designing and creating a 10 acre park at Willie George Ministries in 2011-2012 and managing 2- 320 acre properties! Then in Partnership with Selser Schaefer Architects in Tulsa,OK, Creating a 5 acre Recreation Center in 2017. Designing the landscaping, Overseeing the Installation of the full project from start to completion. Doing these French drain Tulsa projects created a love for building people’s dreams. So in 2019 we Started OUTSIDE INC. with the Vision to make people’s vision for their yards a reality and do it at a far price and above the standard of everyone else in the market. Since 2019 our French drain Tulsa business has exploded as our quality and expertise has exploded in the Tulsa Metro and surrounding Towns! WE recently won a 5 star rating for quality and expertise from Angie’s List! I have been personally recognized by Jack Arnold with Jack Arnold Architects for my detail to quality and my capability of creating steel structures to meet his designs. 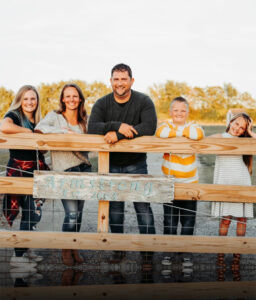 ​Before becoming an owner of Outside Inc. I was a schedule/coordinator for 10+ year. Which is great for getting the job completed in a timely manner and keeping customers happy! Ever since I was old enough to work I have always been an outside person! I was never big on video games.

My Dad taught me at a young age that if you’re not going to take the time to do a job right and finish it all the way then there’s no reason to start it. I can still remember how much I hated my very 1st paying job that wasn’t family related. My job was to take a burlap sack and fill it with Bermuda sprigs and go out on 2 acres and plant them one foot apart. I was 12 years old when I started that job and have not stopped yet.

Before getting into the landscaping business I would do side work just for friends and family. Anything from redoing front beds to covered patio extensions with outdoor kitchens. After many years of clients telling me to go into business for myself. I quit my 8 to 5 Monday thru Friday desk job and went to work for a local landscaping business that had been around for over 12 years. Starting at the bottom, in the ditches learning the in and outs of how they operated and what I would do differently.

Finally after finding 2 guys with the same mind set as myself we started Outside INC. With the desire to change the normal run of the mill French drain Tulsa landscaping company. We actually listen to the customer, understand what they want and walk them through the processes that we are going to be taking. We want our customers to understand that we care about the last 10% and making sure the last little thing on there job gets done. Not only in an efficient and timely manner but keeping them in the loop at every turn and making sure they are happy at the end before we leave. Knowing there are so many French drain Tulsa companies around town, we will not be the cheapest. In fact we don’t want to be the cheapest. Most likely the cheapest guy will not be able to finish the job like us. We strive with the little extras! The one on one with our clients. Our goal is that once you choose to go with Outside Inc., You won’t want to go with anyone else. Well be around for your next job. No matter what it is. 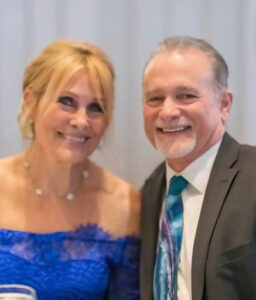 Joe Pappalardo was born and raised in a small town in California. He is married to his high school sweetheart Kathy. They have three wonderful children named Briana, Amanda and Joshua. Eight grandchildren also keep them busy going to soccer games, flag football games, baseball, hockey and gymnastics. Not to mention all the recitals. Joe enjoys travel and playing flag football. Flag football as a grandpa? The Philosophy he lives by is that you’re only as old as you think you are. Your mind is what controls what your body can or can not do. Playing football gives him the opportunity to mentor the younger guys and help them change their thinking about getting older and how they view life. His goal is to continue to play even to the age of 80.

He enjoyed his first career in the insurance industry as a salesman, sales recruiter and trainer. He was later promoted to. Vice President of operations for a successful insurance agency on the West Coast. He received multiple awards including National Top Producer several times. He retired after 30 years in 2015.

He then joined his son-in-law and helped him with his lawn maintenance and landscaping business. Six years later he purchased the French drain Tulsa business with Paul and Jeremy. “The landscape business is no different than the insurance industry or any other business where you serve and help others to accomplish their goals and dreams.

He and his family moved from California 22 years ago. They were looking for a slower pace of life to finish raising their children. They also became very involved at Church on the Move where they worked in the youth programs. He and Kathy currently sit on the board of Triumphant Ministries International. This Burma based ministry provides resources for orphanages, sewing schools for young girls and farming that produces rice and meat for the orphanages and for income. They are currently in the process of building on their land.